I Dare You by Ilsa Madden-Mills

I Dare You by Ilsa Madden-Mills
My rating: 5 of 5 stars

Maverick is one of the best football players the college has. He's super popular with the lady's. He's cocky but at times it comes across as funny. There is so much more depth to him. He's intelligent and a very caring person.

Maverick has set his sights on geeky girl Delaney. He has watched her from a distance and finally made his move when she becomes single. Her confidence is shaken after her ex cheats on her. Not only that I don't think she sees herself as someone who can catch someone like Maverick's attention for more than a notch on his belt. Because she doesn't take him seriously she's able to throw his cockiness back at him. If there was any chance of him not being grounded she would of made sure he got there.

Maverick slowly works his way into a relationship with Delaney. The banter these two have is great and really adds a more realistic vibe to the story.

When Maverick is against the wall trying to help his sister the choices he makes can cost him everything including Delaney. She sees through him and makes him rethink his choices.

There are several good sayings in this book but the one that really stayed with me was "Legend says the first person you kiss at the party is the one you'll never forget. It might be years later, and still their face is the one you dream about." I think it's because it's actually true in this story. Maverick told Delaney this line and then made sure he was the first one that kissed her at this party and then walked away. These two never stopped thinking about each other. Two years later they give into their dreams.

The only dissappointment I had, Only because I have a little bit of vindictiveness in me, was that karma didn't come back and kick Muffin's butt.

This book flowed so easily that I couldn't put it down. I read it straight through and was sad when it ended. I really connected with Maverick and Delaney.

View all my reviews

THE WISH by Eva Lenoir

REVIEWED BY Isa Jones The Wish by Eva LeNoir My rating: 5 of 5 stars Firstly, I would like to send an apology to the author for a delay i... 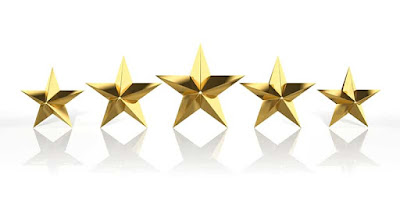